Rees Odhiambo’s Story: From Kenya, to America, Injury, NFL and Beyond 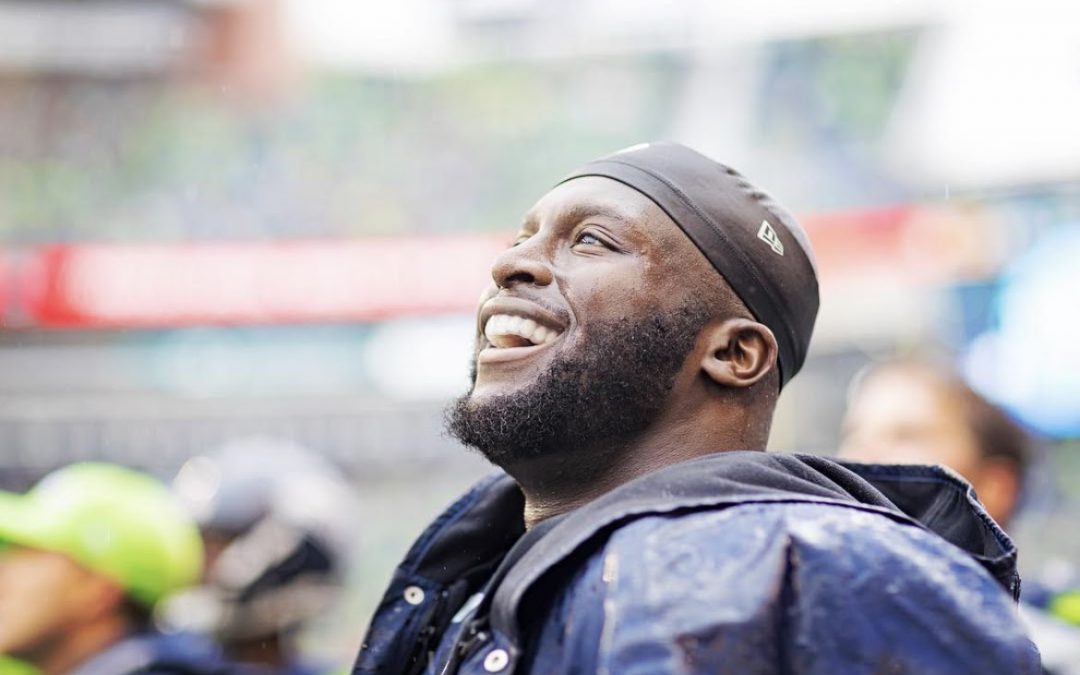 Rees Odhiambo’s story: from Kenya, to America, injury, NFL and beyond

My journey was the greatest journey you could have.

I was born in Nairobi, Kenya, and moved to Texas at the age of seven. I spoke three languages: English, Swahili and was learning a third. It’s fairly standard that every seven- or eight-year-old in Kenya knows three to four languages. It’s not really that way in America.

My high school football coach was the athletic director, so he also taught PE. He would ask everyone who came outside, “Do you want to play football?” In middle school I was 5’8 and around 180 pounds. Over the summer between middle school and high school I grew, and came back weighing 225lbs and standing 6’2. When I came back, the coach didn’t ask me, he said “you gotta play”.

When I started it was a real journey. A huge part of it was working on my physicality, and having never worked out before, it was a totally new feeling. The first day I thought I was going to quit. It was too hard. But then slowly my mind got used to the feeling of pushing my body, experiencing that challenge, that pain, recovering and getting stronger. Once I broke past that mindset, knowing that struggling is what you should do; struggling gets you good results. I’ll work out here, I’ll be tired, I’ll refuel the body by doing ‘this’. That was when I started to really improve.

College and the NFL

I signed with Boise State, which is among the ‘smaller five’, it’s one of the smaller conferences. My Junior year, we won the Fiesta Bowl championship, allowing us to play against Arizona State. We got the win, and that was a great experience for me. But every year when I played, I would be getting hurt. My career’s always been good, but the injuries slowed me down and stopped me from reaching my full potential. I’ve had twelve surgeries all up: a bruised sternum, injuries with my fingers, I’ve broken both legs. I’ve had surgeries on both ankles, six surgeries by the time I’d even left college.

I’d always thought I’d be a first-round NFL draft pick, but my injuries clouded things and the level of uncertainty turned it into a difficult period of my life. I graduated, had a college degree, but everything was an unknown: how I would walk, run and do everything. I spent each day rehabbing, eating right, doing everything I could. I did all the psychological testing, and all the interviews. Once that part was done, I ended up getting drafted in the third round. It was a great experience, having no idea what was going to happen because of injuries and things you can’t control, it was a great moment to get a phone call, thinking ‘This could be it’, and I ran over, grabbed it, and I didn’t hear the person’s name. All I heard was ‘Seahawks’.

My experience with the NFL was good and bad again. Everything was going right, but I got injured again, going through a lot of issues, when I met Lofa who was a coach on the Seahawks staff, and we became good friends. He’d see how hard I was trying and told me I was doing really good, but he could see how I would get hurt over and over. His seeing how many injuries I had reminded him of his own experiences.

I was playing at the Arizona Cardinals, Lofa and I were talking every day and he recommended I try ZoneIn. I noticed after taking CBD how much my joint inflammation was down. My head became clear. When you get hit in football all the time, you get kind of used to the ringing effect in your head. After a couple of days taking CBD, my head became clear in the morning. The grogginess was gone, and I could get my flow going. It was so weird how clear my head felt. That was what made me start believing. I had been hitting all this time, and it goes back to when I was in high school, and when your mind gets used to all the pain and you adjust to it, you move on with it. When something comes along and alters that completely, you notice it right away and start thinking, ‘That wasn’t there today’. The same the next day, and the day after that. It became a different kind of mind flow. I didn’t get agitated as much, I was more relaxed, and these little changes I started noticing. After that, I became a fan.

Now, I’m still rehabbing from having had surgeries on my fingers. I’m trying to get my body right. I’m healing my body and trying to get my mind right and learning about what I want to do next in life. Healing has been happening with just time passing, and since I haven’t been hitting for a year and a half, all that trauma is just dissipating.

It’s been a learning phase, but in the COVID era, being inside and learning hasn’t been boring. Rehab has been about eating right and losing weight, a lot of the damage I have is bone damage, and last week my back was feeling normal for the first time in a year and a half.

I would have liked to have played more. I got a taste of football in general, but it’s the body and the injuries that you can’t control, so I was lucky enough to meet the people I got to meet, especially Lofa and those guys at ZoneIn CBD. Taking in that and this whole rehab process and the chance to get my body back right, it’s been an incredible journey, and I wouldn’t change it.